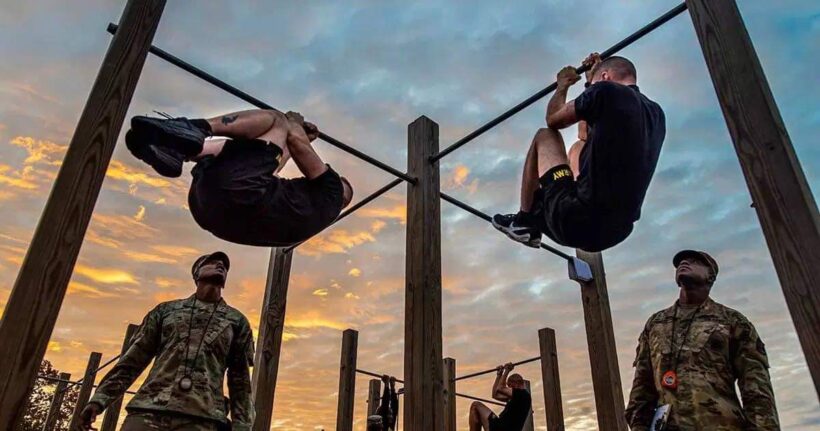 A message from the 16th Sergeant Major of the Army

In our continued efforts to improve the Army Combat Fitness Test (ACFT), we knew there would be changes along the way. Today, we formally announce ACFT 3.0, effective 1 April.

First, the Plank has been added as a full 100-point alternative to the Leg Tuck. Each Soldier will indicate which core strength test event they will do before the test begins. The reason we are keeping the Leg Tuck, and adding the Plank, is that the Leg Tuck is a better correlation to fitness requirements for Warrior Tasks and Battle Drills (WTBDs) and Soldier common tasks. By making the Plank a fully graded, alternate assessment, we are working to give Soldiers who are currently struggling with the Leg Tuck, a chance to succeed on the ACFT, while adapting their physical readiness training to the Army’s changing culture of fitness.

I (SMA Grinston) challenge all Soldiers to continue to train for the Leg Tuck, but encourage you to choose the event best for you to meet the Army Standard.

Second, “how” your ACFT performance may be used in the future for assessments and promotions. The absence of Army policy has led many Soldiers to conclude that only the ACFT raw-score would be used. However, as we continue to refine the ACFT, we identified that use of a raw-score alone does not allow us to account for physiological differences between men and women. In ACFT 3.0, the Army is exploring a gender based tier system with the goal of both accounting for recognized physiological differences between men and women, while fostering and recognizing above-average physical performance, something inherent to Army culture.

The current plan is that each October, we will separate men’s and women’s scores and rank order them from highest to lowest. The top 1% of scores in each gender may make up the Platinum category, top 2-10% in the Gold category, top 11-25% in Silver category, and top 26-50% in the Bronze category. The green category may be for Soldiers who pass the ACFT, but do not place in the top 50% of scores across the Total Army.

While the Army is exploring the potential to use these tiers in the future, ACFT 3.0 maintains the gender neutral baseline of 60 points in each event, for a total of 360 points on the ACFT. This baseline is the expected standard to be a Soldier in any MOS, and is directly related to a Soldier’s ability to successfully complete combat related WTBDs. Independent research shows that the ACFT is nearly twice as effective at predicting WTBD performance, compared to the APFT.

While we already know that the ACFT is a far better test than the APFT, the Army will continue to refine the ACFT as necessary and appropriate. These adjustments will make the ACFT the most effective test for the Army and our Soldiers. The refinements will be data driven and it’s critical we make training for, and taking the ACFT, one of our highest priorities. As of last week, only 25% of the Army had taken the test. We cannot, and should not, make final policy decisions based this limited data set. Taking the ACFT and putting scores into DTMS is critical to allow leaders to make these decisions.

While we expect to be ready for full implementation around March 2022, we will only make policy changes when sufficient data exists for Army leaders to make fully informed decisions. Until full implementation, any diagnostic score recorded in DTMS will not by linked to your name in any Army personnel system and no administrative actions will be taken for or against you on the basis of your performance on the ACFT during this ongoing transition period.

Training resources are available at www.army.mil/ACFT, including the ACFT Training Guide, which contains a full 30-day training plan.

While there is often a focus on fitness, as it is one of the cornerstones of a fit and lethal force, fitness is just one metric the Army rewards excellence for. Soldiers understand there are many leadership and performance elements that make up a great Soldier. We need to continue to grow and set new challenges in all of these areas.

• ALL Soldiers are expected to pass the 60-point Army Standard on each test event – regardless of age or gender.

• Soldiers will choose either the Leg Tuck or Plank for their core strength test event.

• The Army is exploring options for Soldiers to be tiered based on their gender and total ACFT score.

• Take the test! The diagnostic ACFT scores uploaded to DTMS will not be used against you or even available to your local command, but are critical to providing sufficient data for Army leaders to make fully informed decisions.

Modernizing for the future battlefield isn’t just about technology and equipment. We must modernize the way we view physical fitness and train our bodies to ensure we remain the world’s most fit, ready, and lethal force. Thank you for what you do each and every day for our Army and our Nation.