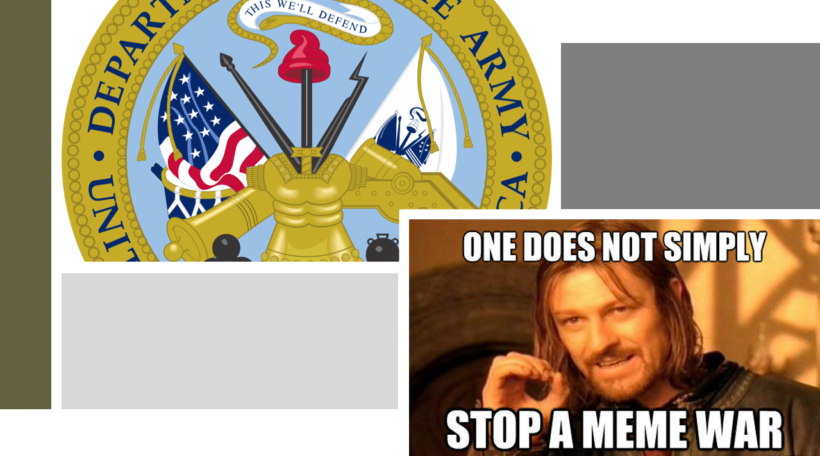 PENTAGON – If you think the idea of a “social media content czar” sounds like a joke, you may soon be in the minority. It’s an idea that’s gaining steam—and isn’t nearly as farfetched as it sounds.

The pandemic has given rise to interesting, quirky, brilliant and questionable new trends. We’ve seen the widespread acceptance of remote work, the ascension of Bitcoin, migration from big cities to suburbs and going online to buy everything. Netflix, Zoom and Amazon were blazingly hot.

And although former President Donald Trump tried to crush it, TikTok survived in the United States and became an addicting sensation.

In similar news, the big toy company, Hasbro, posted a job advertisement for one of its divisions—a Nerf Chief TikTok Officer. It will be a three-month gig, paying $10,000 per month. If you’re not familiar with the product, Nerf is best known for its Nerf Blasters, which are toy guns that shoot foam darts.

“The Army MUST confront these attacks head-on.” John Whitley added. “We need be able to quickly and systematically fend off ‘internet trolls’ with the latest dank memes & TikTok retorts.”

For those considering applying, the best part–this position is (temporarily) EXEMPT from the Army’s Combat Fitness Test (ACFT)!