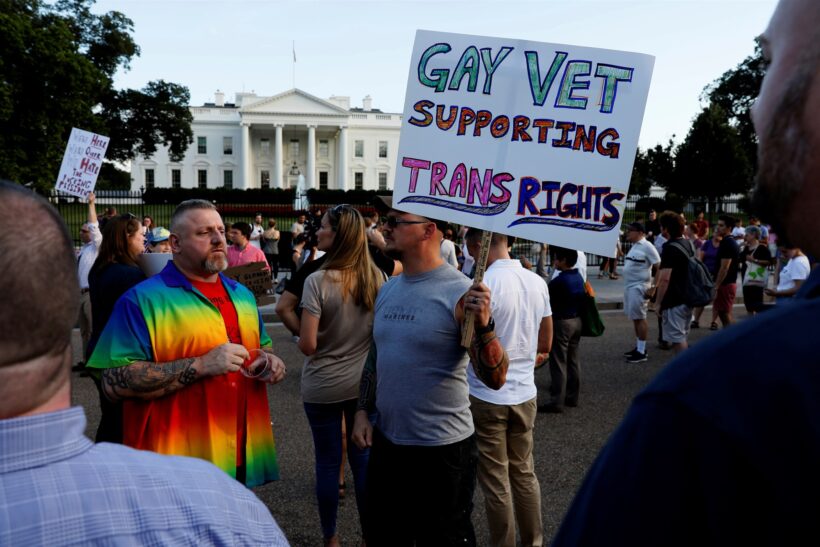 WASHINGTON — President Joe Biden on Monday signed an executive order repealing the ban on transgender people serving openly in the military, a ban that former President Donald Trump had put in effect, the White House said.

In a statement, the White House said Biden’s order “sets the policy that all Americans who are qualified to serve in the Armed Forces of the United States should be able to serve.”

“President Biden believes that gender identity should not be a bar to military service, and that America’s strength is found in its diversity,” the White House said.

Biden’s order “immediately prohibits involuntary separations, discharges, and denials of reenlistment or continuation of service on the basis of gender identity or under circumstances relating to gender identity,” the White House said

The order also directs the immediate “correction of” military records for any who had been affected by Trump’s ban.

Biden directed Defense Secretary Lloyd Austin to implement a policy that prohibits discrimination against troops based on their gender identity and requires the Pentagon to report within 60 days its progress in unraveling the ban.