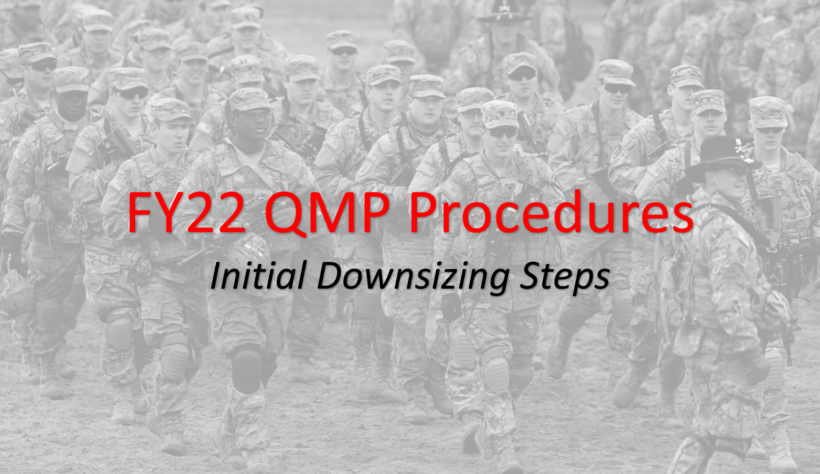 The purpose of this message is to provide guidance and procedures in support of the Qualitative Management Program (QMP).

As a matter of equity, NCOs who have been subsequently reduced below SSG remain eligible when the basis for referral occurred as a SSG or higher rank.

The QMP board process starts upon the permanent filing of material in the performance or restricted folder of an NCO’s Army Military Human Resource Record (AMHRR).

These NCOs will be considered for denial of continued service when: