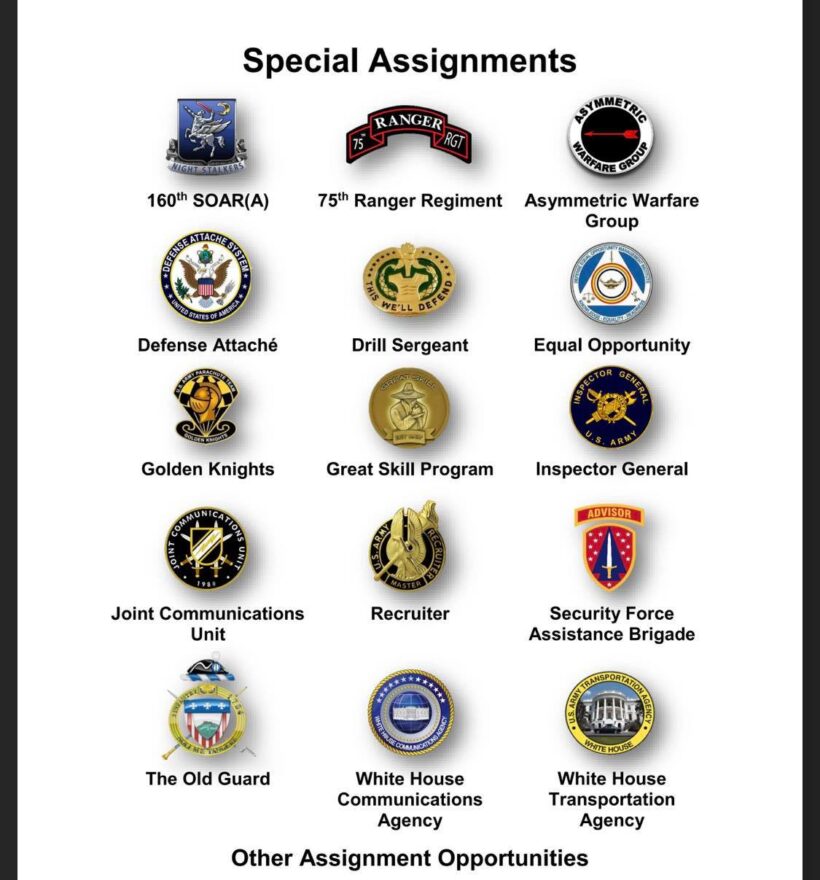 **Special assignments include special management command and joint, HQDA, and HRC assignments that have special missions and require personnel with specific qualifications. Soldiers assigned to these positions will be stabilized for a period of 36 months. However, HRC may reassign Soldiers with less than 36 months in accordance with paragraph 3– 8a(10). This section establishes policies for assignments to the following agencies:

**All personnel actions pertaining to nominative assignments are processed by HRC (AHRC–EPD). The normal tour of duty for these assignments is 3 to 4 years, unless otherwise specified by the individual agency. Soldiers assigned to these agencies are contact replacements requested by the appropriate agency approximately 9 to 12 months in advance of the incumbent’s scheduled rotation date. Stringent screening processes exist to ensure that only the most highly qualified Soldiers are selected for nominative posi- tions at the following agencies:

**Special Operations Forces (SOF) assignments require Soldiers able to excel in the performance of their duties in highly complex and dynamic environments throughout the full spectrum of modern warfare and peacetime missions. The nature of SOF missions requires a high state of readiness, therefore, Soldiers will be assigned on a priority basis. Stringent screen- ing processes exist to ensure that only the highest quality Soldiers are accepted and assigned. Soldiers who desire to apply for duty or assignment may do so without regard to current assignment. Only fully qualified Soldiers will be accepted for duty in the following assignments: